A Japanese Traditional Tea Room built in the Condo. ! 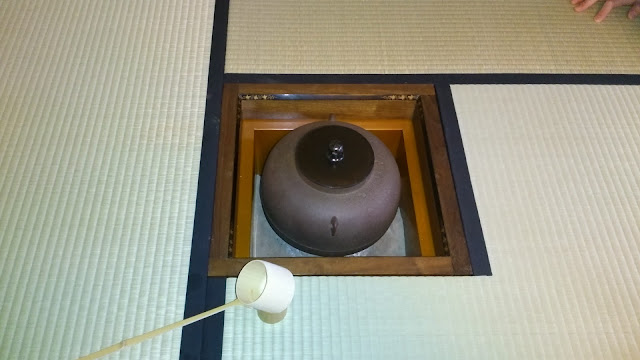 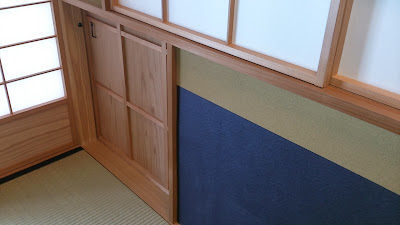 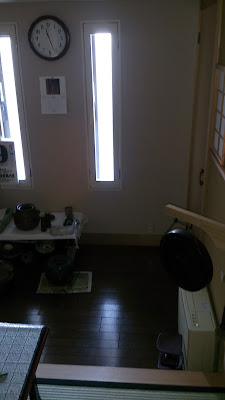 I have to omit the details on his decision making but the outline is shown above.
The guests invited to the tea ceremony have to enter the room through this small entrance called "Nijiri-guchi" at the corner of the room. The guests should be treated equally in the ceremony even if some of them are the celebrities or a tycoon is included.

Once the host has got ready to receive the guests, he or she strike the metal drum on the right and the guests get out of the waiting room or the garden. 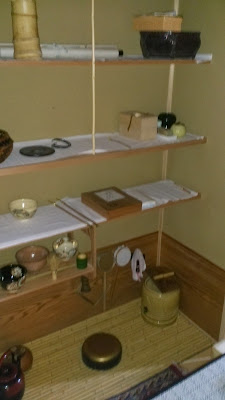 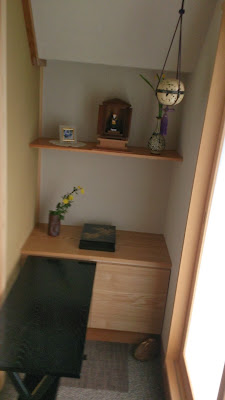 Her sophisticated sense of humor and hospitality could be seen in each detail of the facility. My friend allowed his wife to collect the enough amount of arts and compile diligence. 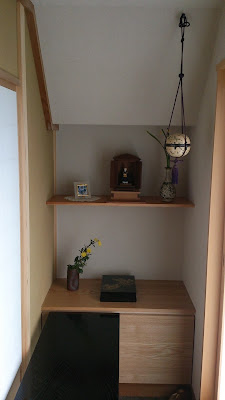 He made the most of a flat in the condominium in building a Japanese Japanese tearoom. I've got the ballpark figure on the cost to build the room but the actual amount outstripped my imagination. 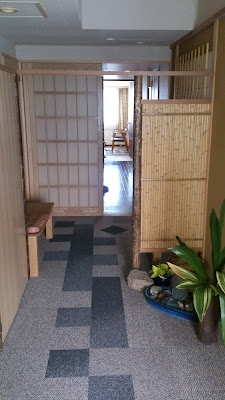 The entrance of the flat and the waiting room were in this direction. We were from this way.

To be continued.
Posted by sorachiseko at 12:10 PM

sorachiseko
This English blog was established by a lady born in the town that contains the community of the indigenous people, Ainu in Hokkaido and was handed down the management to Sorachi Sub-prefectural Office of Hokkaido Government.The e-mail address is the namesake of her first name Chiseko given by her father and the name of the sub-prefectural area Sorachi and the division handling this English blog Chisei-ka.Her name Chiseko is the namesake of the word of "Chise" which means house" in Ainu language, by way of parenthesis.